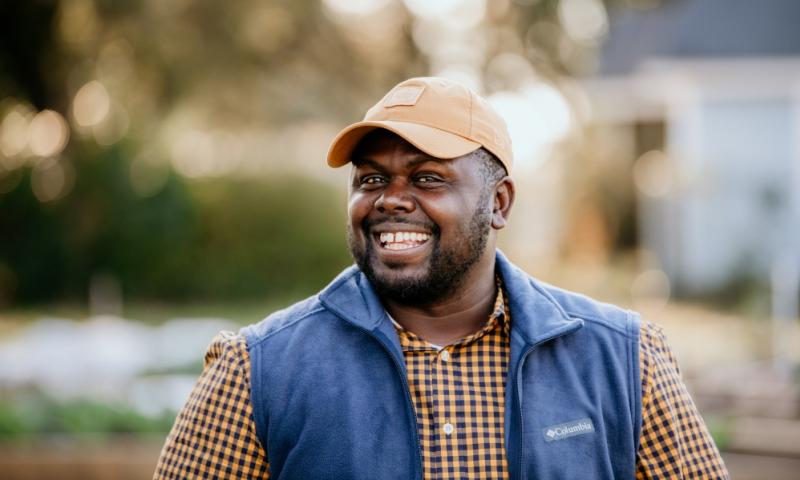 It’s a familiar and inviting greeting and if you’ve stumbled upon the Flint River Fresh YouTube channel, you know once you’ve clicked “play,” you’re going to learn something. In a refreshing four minutes or less.

Just as his videos show, Fredando Jackson is a man constantly in motion. On the day we’re talking to him, he’s smoothing out bins full of soil with one hand, gripping his phone with the other and simultaneously giving directions to the Wednesday Weed Eater group—volunteers who are weeding the 5th Avenue Community Garden in downtown Albany.

Calling within a calling
As Jackson’s deep-rooted passion for gardening evolved into plans to educate and feed underserved communities, Flint River Soil and Water Conservation District took notice. The Flint River Soil and Water Conservation District received a grant to develop urban agriculture and discussed the opportunity with Jackson to form a 501(c)(3) nonprofit organization to implement a variety of projects, including school-to-garden-to-cafeterias, local farmer produce box partnerships, and assistance with community farms, gardens, and orchards in three counties.

Now, the Executive Director of Flint River Fresh, Inc., Jackson admits that this venture feels like a calling and with that, he gratefully accepts the responsibilities that come with running a non-profit. “I was a guy who wanted to grow food. And I’m still that guy.”

Strong roots
Jackson moved around a lot as a child, but the lessons he learned visiting his grandparents in Plains, Georgia, stayed with him. They had about a quarter of an acre of land and grew seasonal food. “We’d drive to their home and pick watermelon right out of the field and plums off the trees.” He had a career with Sony Music, moving up the ladder of the corporate world, until digital platforms downsized the industry.

“I dipped and dabbed doing a couple of things in Atlanta,” he says, “and eventually kind of turned back to the land.” He heard about Koinonia Farm, an intentional Christian Community, in Americus. “It was the birthplace of Habitat for Humanity,” he says. That’s where he learned about partnership farming. “I stayed there and lived out my faith, learned how to grow food and we fed people every day.”

The community was made up of individuals from a variety of backgrounds, culture and socio-economic status. “I said, ‘Oh, I could do this the rest of my life.’ It became my mission.” He’s now living that mission as the face of Flint River Fresh, mostly making urban farming look easy through what he calls “super simple techniques.”

Growing community
It’s a little difficult to capture all that Flint River Fresh does, but “food connector” comes close. Jackson establishes food sources—community gardens or food plots—keeps them growing, and networks with organizations to get the harvest distributed to those who can use it, especially vulnerable populations.

And there’s a strong thread of education and building community weaved throughout his efforts. As Jackson says, “We all have to eat. I use that as a common ground to unite people.” Community gardens are an important part of his work, but Jackson insists they’re not all about food provision. “It’s a concept you can connect to anything you do in life,” he says. The truth is, they really grow people.

He recalls one shy fifth grader helping to plant carrots and after the harvest, Jackson convinced the boy to explain what he did and how he did it to a woman receiving his bounty. The young man did so, confidently. “Kids take ownership,” Jackson says. “It’s their space.”

Where’s your plot?
So, what does Farmer Fredo recommend for the novice gardeners ready to make their own foodscape?

His answer comes quickly. “Think about what you eat in the summer. The fourth of July, what you want to show off to friends and family? Grow your own tomatoes for those burgers. Or grow cherry tomatoes in the ground for salads. Cucumbers-squash-zucchini. How about a good slice of watermelon, cantaloupe or honey dew? And maybe some sweet corn-green beans-cream peas-southern field peas-pinkeyes.”

If you start in April, he says, “It will be pretty much ready to go in June or July.” 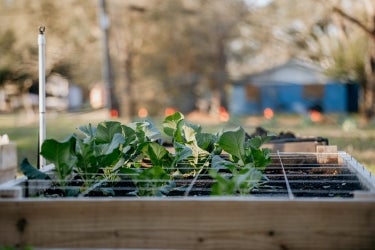 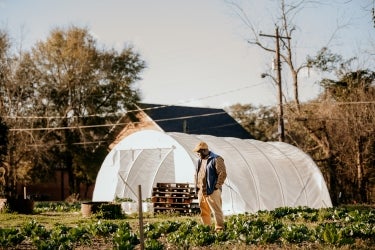 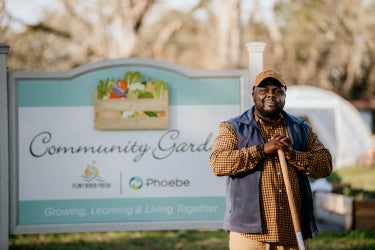 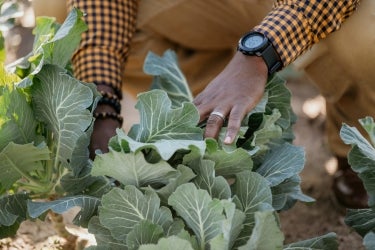 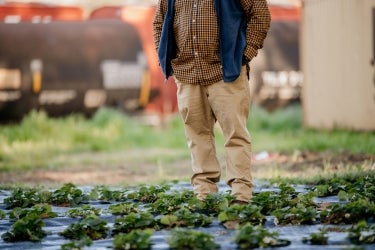 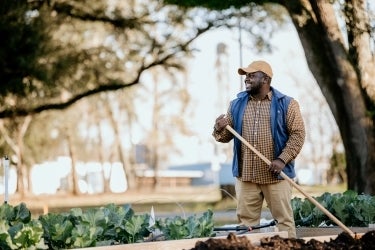 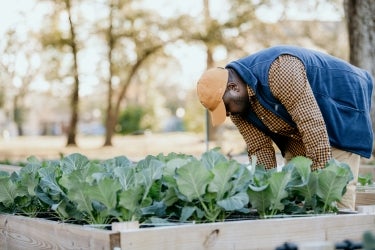 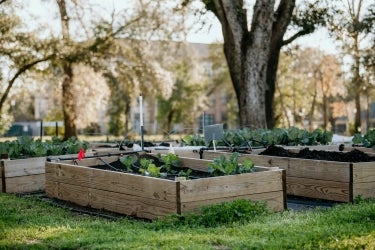 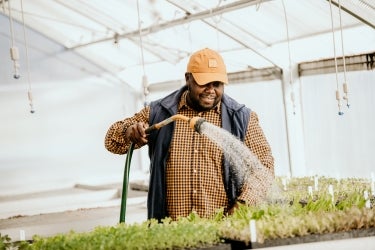 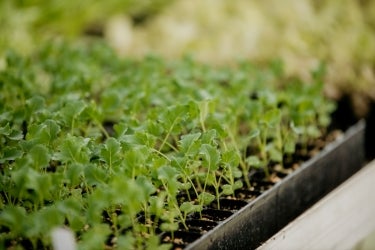 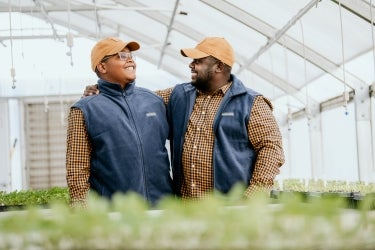 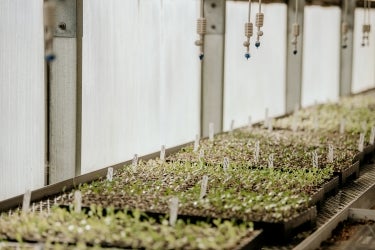 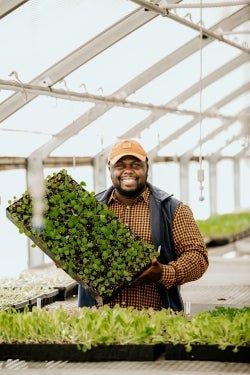 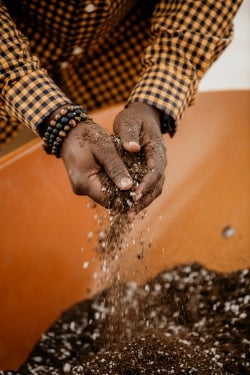 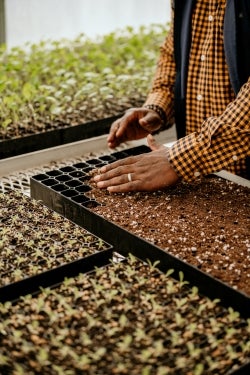 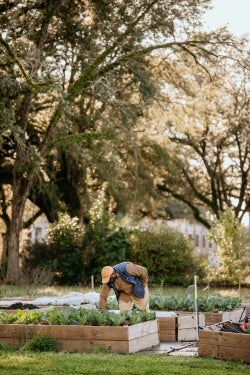 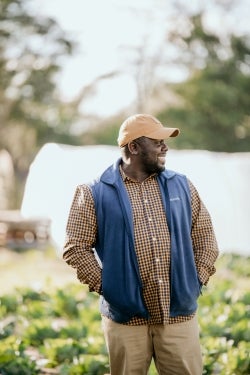